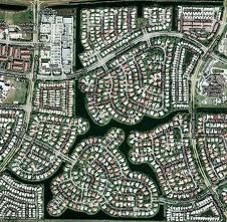 Since my youth, I have always marveled at how fast science and industry are moving.  I was born in the age where massive powerful cars with “horsepower” had grown more popular than horses from the generation before, highway systems were being built, rocket ships were going to the moon, big jet airplanes were all the rave, and scientists were still figuring out fundamental theories behind matter and space.  Black and white TV’s with heavy glass picture tubes and vacuum tubes were considered almost magical with more than five channels to pick from during the day.  There was a wide scope of progress seen all around and an awesome feeling that nothing is impossible.  For perspective, this was all happening in an age when I would be typing this book on a mechanical typewriter on type paper and would have to go to the library and search through shelves of books to do my research.  Medical science was just starting to explore the mysterious things found inside living cells; the function of DNA and mitochondria were not well understood.  Discoveries were featured in the news as important new science and medical technologies were being developed.

During my life, I lived through the time where personal computing devices were first developed and marketed. I owned one of the first Radio Shack TRS80’s and Apple 2e’s with 80×124 pixel screens and with more than 4K of memory.  Rotary phones were replaced with touch-tone, satellite and cell phones emerged (the stuff of science fiction), different types of color TV’s became popular, and data storage devices were becoming smaller every year.  I can say today that I have seen more technological development in my lifetime, so far, than has been seen in all of history before me, and this is just the beginning.  As I have witnessed the amazing panorama and emergence of knowledge, I have often paused to wonder what might have been the cause of it all. Where did it all come from?  Why have we seen such an overwhelming advance in the last 50 years that has not even been thought possible before?  What does this all really mean for my future and to our systems and society?

In an analogy to living organisms, I could also ask what makes living organisms grow and thrive under certain conditions.  The fundamental laws of nature and such principles as discussed above seem to have an air of familiarity to corporate structures and may hold some of the answers that will help us shape our future.  I wonder why the corporations that have led the technological advancements (Apple, IBM, Intel, and many others) are respected and venerated as living entities.  They seem to possess a life of their own; their own culture, mission, personality, etc., even though they are comprised of a bunch of individual people working together.  Corporations are thought to possess many of the traits of living organisms.  They have set up systems that govern and define them. These systems, if they are inspirational and viable, seem to take on a life of their own.  If I were to work for such a corporation, I would need to “fit” into this system and perform a role that would promote the mission of the company, or I would eventually be “fired”, having proven useless or even counterproductive to the corporation.

Doesn’t this sound to you a little like some of the processes of life that we have been exploring so far?  When considering our bodies, we are composed of trillions of cells that work together toward the mission of sustaining our life.  If a cell is to form part of our body, it must “fit” into the system and perform a role that promotes the life of the body, or eventually it will be proven damaged, even counterproductive, and will be eliminated from the body.  We have seen that this system is absolutely essential to preserving the health and vitality of the organism as a whole.  Possibly the only real difference between corporations (coming from the Latin root corpus or “body”) and the organization (organs and systems) of our body is that we can make conscious decisions about the organizations and systems we place in force inside our corporations, but we are pretty much stuck with the systems nature has placed inside our body.  Biological systems, however, are truly wonderful, functional, and instructional.

We know that if we are successful in setting up viable corporations, with all of their component organizations, we can create systems that can sustain themselves and even thrive.  It is very obvious, however, that if a corporation starts to violate the laws of life, then it will soon lose the ability to sustain itself and eventually it must die.  The analogies between corporations and living organisms are much too strong to ignore and are of interest to study.  Recall that we considered homeostatic balance between supply and demand to be one of the principal laws of life.  The importance of this law can easily be seen in business.  A corporation must systematically take in the supplies it needs to perform its mission (no more, no less), and expend resources and energy (money) judiciously for vital activities necessary to carry out the mission.  Then when the mission is fulfilled, it must generate a profit (excess energy), that in turn fuels the ability to obtain the supplies needed to sustain it through the next cycle (with perhaps a little left over to put aside for contingencies).  It is easy to see that if a corporation violates any of these principles for long, it cannot thrive.  In this way, corporations are very much like living entities.  They are comprised of systems that work together to accomplish a mission that thereby assures the survival of the whole.

One of the most crucial systems we have set up for the benefit and survival of society is that of the medical or healthcare system.  The mission of this system is clearly to acquire medical knowledge through science and apply this knowledge in order to sustain the health and well-being of individuals.  The real benefit to human society is obvious.  A good medical system generates healthy, strong, capable individuals that have the ability to contribute to society.  The initial establishment of this system, by the Ancient Greek states, is inspirational.  The Greek physician Hippocrates, attributed as being the father of western medicine, established and promoted a mission statement for the medical system that is widely adopted, in principle, today.  Physicians who have learned the art of medicine– when they gain a license to practice medicine– take an oath to follow this mission, which is known as the Hippocratic Oath. It includes the following:

I will…respect the hard-won scientific gains of those physicians in whose steps I walk, and gladly share such knowledge as is mine with those who are to follow…apply, for the benefit of the sick, all measures which are required [regardless of social or economic status]…remember that there is art to medicine as well as science, and that warmth, sympathy, and understanding may outweigh the surgeon’s knife or the chemist’s drug…I will not be ashamed to say “I know not,” nor will I fail to call in my colleagues when the skills of another are needed for a patient’s recovery…remember that I do not treat a fever chart, a cancerous growth, but a sick human being, whose illness may affect the person’s family and economic stability…my responsibility includes these related problems, if I am to care adequately for the sick…prevent disease whenever I can, for prevention is preferable to cure…remember that I remain a member of society, with special obligations to all my fellow human beings…If I do not violate this oath, may I enjoy life and art, respected while I live and remembered with affection thereafter. May I always act so as to preserve the finest traditions of my calling and may I long experience the joy of healing those who seek my help.

Excerpts from the Hippocratic Oath adapted in 1964 by Louis Lasagna, Academic Dean of the School of Medicine at Tufts University, and used in many medical schools today.

The mission of the western medical system is implied in this oath; it is to obtain, respect, and pass on medical knowledge, and to use this knowledge to prevent and relieve human suffering and sickness in all of its forms, and to practice this art on all who need it regardless of status.

Many generations have benefited from this medical system, including the generation in which we live.  As part of the law of homeostatic balance, it is understood that the fulfillment of this mission will bring honor and economic benefit to its practitioners.  We have seen that the laws of life require that energy (money) be expended to provide the supplies needed to fulfill this mission.  If the physicians are to selflessly serve society, then society must look after the needs of the physicians and provide the supplies they require in order to sustain a viable medical system.  Please note that the laws of life require that in order to have a living viable system, fulfillment of the mission must necessarily be aligned with the ability to provide the supplies and energy needed to continue the cycle.  If this alignment and balance is not maintained, then the system inevitably will die as it runs out of supplies and energy or loses the ability to fulfill its critical mission and purpose.  The system must be able to maintain homeostatic balance.

If these trends persist, the system will turn toward making more money, even at the expense of the individual’s health, and will shun new technologies just because they are disruptive or unprofitable, regardless of how promising they are.